Home / Health / Copper bracelets and magnetic bracelets: what you should know

Copper bracelets were used since ancient times, both for their decorative attributes and for their healing properties. Also like magnetic bracelets based on the power of magnets.

But are they really effective for health? In this article we tell you about the research on the subject, as well as the benefits and contraindications.

Copper is one of the most commonly used metals that nature offers us. Its metallic and reddish appearance was used since prehistoric times. It was used in the elaboration of the hulls of the wooden boats, in the manufacture of tools, coins, kitchen utensils, jars and ornamental objects.

In ancient civilizations of countries such as Egypt, Asia Minor, China, southeastern Europe, Cyprus (where the word copper comes from), Crete and South America, vestiges of this precious metal have been found.

It is currently used in several alternative treatments and in the elaboration of bracelets.

What does copper have to do with our health?

Copper is an essential mineral found in several of the foods we eat and is important in the development and growth of almost all body tissues, including bones.

In addition, some enzymes also contain copper, and that we have enough quantity is important because these enzymes participate in digestion, metabolism and in the transmission of nerve messages.

Copper is also used for the synthesis of hemoglobin, which has to do with the formation of red blood cells in the blood.

Interestingly, an adult needs less than 1 mg. daily (like 900 mcg), unless it is a pregnant woman or is breastfeeding. In that period, the requirements increase a bit.

On the other hand, drinking too much copper can be dangerous because excess copper can accumulate in the body and be toxic. It is not recommended to take copper supplements and this is not a treatment for arthritis . The use of the copper bracelet does not cause problems of copper poisoning.

Copper is required for blood formation and for the proper functioning of the nervous system. When there is a deficiency of this mineral, there may be anemia, the white blood cells may be low. There may also be problems in the nervous system, specifically a condition called myeloneuropathy.

Myeloneuropathy may include, among other symptoms: difficulty with coordination, spasticity and muscle weakness. Copper deficiency is rare and tends to happen in people who have had extensive surgery of the gastrointestinal tract (such as bypass surgery or gastric bypass to lose weight.

This includes those where a part of the small intestine has been removed, for example). Among the foods that contain copper are nuts, legumes (lentils and beans or beans), sunflower seeds, various shellfish such as crabs, liver, etc.

What does the science of copper bracelets and magnetic bracelets say?

Unlike ingested copper pills that only provide short-lasting effects to the body when taken, supposedly copper bracelets (according to those that promote them, since it has not been scientifically proven) constantly shed micronutrients through the skin . Those who sell the bracelets say they help by slightly increasing the level of copper in the body, and that it supports the treatment for arthritis or osteoarthritis . This theory has not been supported by studies, as you will see below.

As for magnetic bracelets, it is not known how they work – if they do – although historically magnets of different intensities and sizes have been used for various conditions. We also know that we are exposed to electromagnetic fields in daily life. Some of these effects are harmless, others are still being studied. As for the intensity of the bracelets, it can vary.

The interesting thing is that the scientific studies carried out to date have not proven any benefit of using copper bracelets or magnetic bracelets for the treatment of joint pain . It is worth mentioning that there are testimonies but … that someone who sells them, recommends them or uses them and says they serve, does not establish their validity. A testimony is different than something scientifically proven.

In fact, these “miraculous” bracelets have been described as scams and those who sell them have had to withdraw them from the market and have paid millions in fines for deceptive advertising and fraud. Even so, every couple of years they return to the market with names such as La Pulsera Balance (from Don Francisco), Power Balance, EFX, Rayma Biomagnetic Bracelet, etc.

One of the most recognized studies in this regard was conducted by Dr. Stewart Richmont, of the Department of Health of the University of New York , published in the professional medium PLoS One , according to which, the use of copper bracelets did not improve the stiffness, pain or general physical condition of patients with rheumatoid arthritis compared to the use of demagnetized bracelets that were used as control. Because for the study, copper, magnetic and demagnetized bracelets were used equally, and all patients mentioned feeling improvement regardless of which bracelet they wore, which indicates that the improvement was only due to the placebo effect .

This is not the only study that has proven that they do not work. All scientifically conducted studies have the same conclusions.

Another study with 45 patients suffering from osteoarthritis in Yorkshire, published in the  York Research Database of the University of York , used 3 different bracelets (without them or the researchers knowing which ones they were using) over the course of the 16 weeks of the study.

They all looked the same. The bracelets were either copper, or magnetic or demagnetized. While using them, they answered questionnaires. The results showed that the bracelets were equally ineffective in controlling the pain, stiffness and functioning of the hands caused by osteoarthritis.

Any benefit, which was similar with the three bracelets, was attributed to the placebo effect of wearing the bracelet, as it happened the same with the demagnetized bracelet.

The only advantage, according to the authors, is that they have no side effects and give them hope.

Contraindications to the use of copper or magnetic bracelets

Among the contraindications to the use of both are:

And with respect to magnetic bracelets:

Some people experience a sensation of heat or tingling that tends to disappear after a couple of days with the magnetic bracelet. This is not a contraindication to its use but, if it bothers you, you can stop using it.

Cases of nausea and other symptoms that are considered psychosomatic have been described. That is, they are not caused by the bracelets themselves, but by the person’s concern about wearing the bracelet. If you experience these symptoms and they don’t go away, the bracelet is not for you.

In fact, studies carried out so far seem to indicate that both copper bracelets and magnetic bracelets do not provide significant therapeutic effects. Beyond those of a placebo in the treatment of different types of arthritis.

On the other hand, unless the person has an allergy or contraindication for its use, they generally do not seem to cause significant side effects. However, as always, it is worth consulting with your doctor.

Previous Why did I forget things? What you should know about memory
Next Morning coffee or mid-afternoon tea may benefit the liver 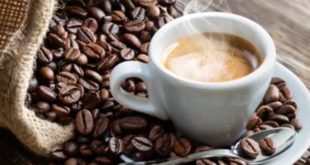 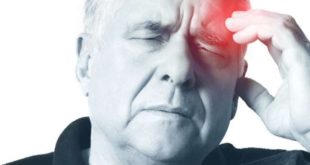 SOS in your brain: Warning signs of a stroke