Exercise prevents dementia in some seniors

A new study adds evidence that proves the advantages of physical exercise not only to maintain strong muscles and flexible joints but also the brain skills of the elderly. Discover more details in this study and get into action.

As the years go by, the body changes. And so they can decrease vision or hearing. You can also gradually lose memory and other functions of the mind. Sometimes, it is due to the normal aging process. In others the cause is dementia , which consists in the irreversible loss of mental functions, such as thinking, the ability to reason and memory, which prevents the person from performing normally in daily life.

Dementia is not itself a disease, but a set of symptoms that include changes in personality, mood and behavior. It develops when the parts of the brain related to learning, memory and the ability to make decisions are affected by different causes, such as Alzheimer’s or vascular disease, among others.

Is there any way to prevent it? Because the way to avoid or treat it will depend on the type of dementia in question, although there are some habits and practices that can help you maintain good memory and delay the progress of this condition.

One of them is to keep the mind always active, reading, telling stories, remembering different data, such as names of people and places. There are also games that make you think and exercises to have a forgetful memory .

But that is not all. Physical exercise also seems to be the key to keeping the mind functioning properly, and there are more and more studies that relate habits to mental health. Some specialists even ensure that the same practices that help control or prevent diabetes  or heart problems are also effective in maintaining cognitive functions.

Now, a new study that has been published online in the journal Stroke: Journal of the American Heart Association , indicates that people who regularly exercise aerobics , such as walking, jogging or cycling, were less likely to develop vascular dementia.

To reach these results, researchers from the University of Lisbon and the Hospital Santa María in Portugal, analyzed the data of more than 600 men and women from 60 to 84 years of age, who had annual brain scans for three years , to observe possible changes that indicate the decrease of mental functions. They also underwent neuropsychological tests and asked participants about depression , quality of life and their ability to do daily activities.

Thus they detected that regular physical activity (at least half an hour per day, three times per week) could reduce the risk of developing vascular dementia by 40 percent, and that the decrease in mental abilities could also be reduced by up to 60 percent. hundred.

This is not the first time that a study links physical exercise with mental health. For example, a study published in Mayo Clinic Proceedings in mid-2011 indicated that any type of exercise that makes the heart beat could reduce the risk of developing dementia and slow down its progress, so the researchers considered that aerobic exercise should be an important part of dementia therapy.

Even domestic and daily activities can also be helpful, as demonstrated by another analysis that has been published in the Archives of Internal Medicine , also at the end of last year, according to which the benefits were significant even in people who did not they did vigorous exercises but only kept moving: they walked more, climbed and went down stairs and / or took care of household chores.

It doesn’t seem difficult, right? Well then stop sitting and get into action. If you stay active every day you will not only be protecting your mind and your memory but your whole body and your health in general.

Previous Marriage reduces the risk of heart attack for both spouses
Next In most people, screening for colon cancer should start at age 50 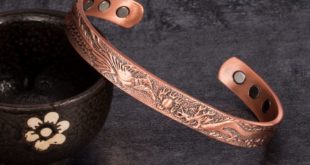